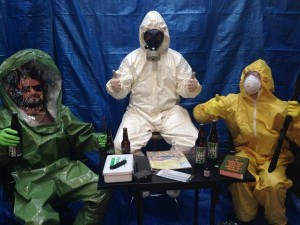 “Recently I learned that one of my favorite directors, Dustin Mills, did the animation for the song Spider Love for Neomythics…

This band is new to me but their music is rather catchy. “ 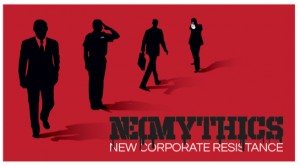 On New Corporate Resistance: “This album has that punk vibe along with hints of Roxy Music, psychedelia and more traditional progressive rock. It’s inventive, entertaining and interesting.”

‘Neomythics defy both convention and description. Their debut album New Corporate Resistance honors those who have always used music to fight The Man, and it reminds us that the fight continues with a ‘now’ generation empowered by new tools and techniques. It’s an album that would fit in just as well a generation ago, and will still be relevant in another generation. If you’re not going to take it any more, New Corporate Resistance is for you, Very Highly Recommended.’ 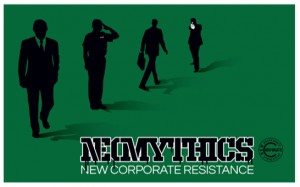 STEREOKILLER:
“New Corporate Resistance, is a very pleasant surprise, which reflects such early, cutting edge alt rockers as Television and the Soft Boys, and even U2 circa their first few albums… Also a wise move on the band’s part is that it’s a very real sounding record. In other words, god awful Auto Tune trickery is not readily present at all – just the sound of real, honest-to-goodness human beings singing and playing their instruments. Hopefully more mainstream rock bands will draw inspiration from bands such as Neomythics and New Corporate Resistance. Additionally, the band embraces punk rock’s original ideology – rejecting the norm and attempting to come up with your own personal stamp. Or as Howe explains in the album’s press release, “Though it is difficult to identify which ideologies will manifest as the predominant archetypes of our age, a response to the current corporatist structure seems inevitable and our artistic direction inspired and apropos.” I couldn’t have said it better myself, Mr. Howe.”